The immediacy and intimacy of video 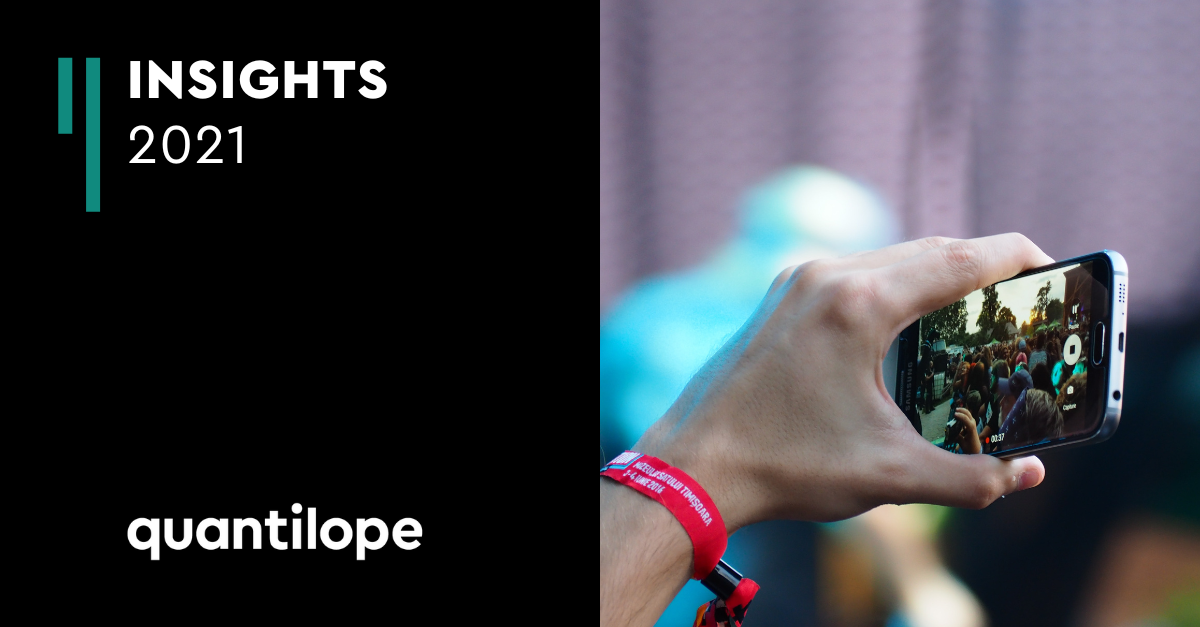 Our use of video has changed drastically in the last twenty years. Its power lies in its ability to communicate events from a subjective point of view - so it's not uncommon for us to be able to experience multiple subjective views.

When the planes hit the twin towers of the World Trade Center 19 years ago, the world watched in shock as live footage of the tragedy was delivered to our TV screens. The impact was high: we saw in real time the second plane strike, the towers collapse and people evacuating. But although it happened within the last two decades, a lot has changed in video capture and sharing since. There is relatively little eyewitness footage of 9/11 – back then, pagers were still more common than cellphones, and smartphones were yet to be invented – so most of what we saw was professional filming. We can only imagine how many more pieces of video, from how many different points of view, would be available now (on multiple devices) if it had happened twenty years later.

These days daily life is caught on video. 3.5 billion people across the world have a smartphone to whip out should something unexpected – or for that matter, expected -  happen. Some of the videos recorded are kept as personal memories, but increasingly they are shared with others. Why? Because video is unique in its power to communicate events from a subjective point of view.

Take the recent US elections. Democrats and Republicans demonstrated their depth of feeling by taking videos and posting them on social media. Biden supporters soaked up the party atmosphere and, in sharing them, communicated their delight. Other people filmed in the example below are seen holding up their cell phones and doing the same:

Meanwhile, Trump supporters shared their anger via videos of protests outside polling centres and in the streets; in the footage below, when a fight breaks out someone is clearly heard shouting a great truth of our time: ‘you’re on camera – the whole world is watching.’ The shaky camera, unpolished footage quality and proximity to action gives an immediacy unmatched by professional videos, with an attendant feeling that anything could happen next:

Videos of events that are hard to stomach are becoming more common – think of George Floyd and the ensuing BLM protests, or eyewitness footage of the confusion following the recent shootings in Vienna. But so too are happier events, shared with friends and family who aren’t able to be there in person. This vlogger takes us on a video tour of her entire 19th birthday, and we can expect much of Christmas 2020 to be shared in a similar way across the world.

Of course there are arguments to be had about which videos should be in the public domain – some are undoubtedly intrusive or upsetting – but whatever your position on that, there’s no denying that eyewitness videos can provoke deep emotional responses, and this in itself is testament to the power of video. As viewers we are pulled right into the action. It is the next best thing to being there. And the person who is videoing isn’t just a spectator – in many cases they are also participants, so that when they run with their phone it gives a sense of urgency, when they zoom in it shows us which parts of the action they think are important, and when they cheer or shout it helps us understand their take on events.

In the same way, with online video surveys the respondent invites you into their world. They show you around their life, presenting both the expected and the unexpected. Whether you’re interested in how they use a product, how they prepare their evening meal, what their commute is like or any other aspect of their life, they can take you along with them.

Video is unique in bringing you closer to other people’s experiences, resulting in a greater understanding of and empathy with what you’re watching.

Get in touch with an expert

How To Conduct Market Research for the Retail Industry

How To Develop a Consumer Insights Research Strategy