quantilope Surveys 3,000 consumers in regards to their streaming and social platform habits 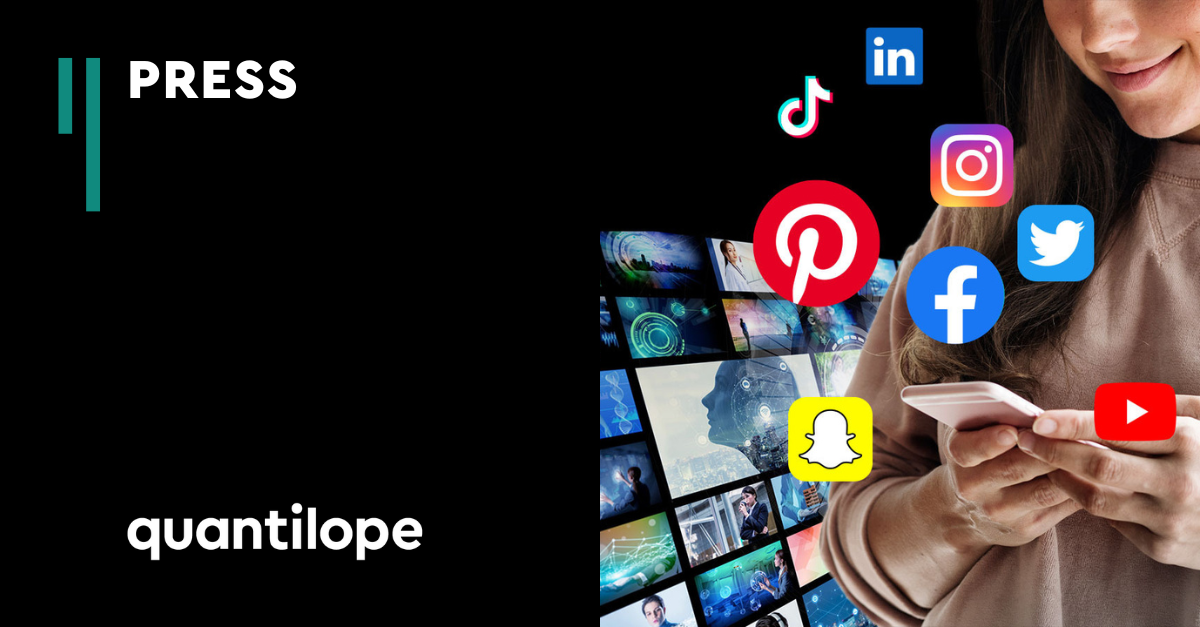 Sept 22nd, 2022: As the pressure mounts on household expenditure across different markets, new research reveals that around a quarter of US and European consumers have each cut media streaming subscriptions from their budgets to save money.

According to quantilope, the automated consumer research platform, Americans are more likely than consumers in the UK or Germany to have previously cut most types of media services, with 28% having already canceled TV/Video streaming subscriptions compared to 23% in the UK and 18% in Germany.

Cutting back on streaming services are ways for cash strapped consumers to save some dollars. Those with multiple subscriptions can reduce to just one paid platform, while others can opt to view free content on platforms such as Peacock’s free plan or Amazon FreeVee, or choose to switch to ad-subsidized content that some of the larger providers like HBO Max and Hulu offer.

Netflix, the established leader in the market and producer of hit series such as The Crown and Stranger Things, added over 36 million subscribers during the first year of lockdown as people looked for entertainment at home but has started to lose subscribers more recently. While competition between the biggest streamers heats up, quantilope’s research finds that Netflix is still the most popular platform in the US - with 63% of US respondents viewing content on Netflix, followed by Prime Video (53%), Hulu (44%), and Disney+ (38%).

‘Subscription squatters’ set to lose out:
quantilope’s research also reveals that nearly one third (31%) of US respondents claim to have free access to at least one streaming media platform through a friend or family member (compared to 51% in the UK and just 17% in Germany). However, with both Netflix and Disney+ having recently announced that they will be clamping down on platform sharing, these subscription squatters could be in for a shock.

“Streaming video providers are battling to grow and maintain subscribers (and associated revenues) and understand all too clearly that they are a discretionary spend for cash strapped households,” said Alex Hall, Associate Director of Research Consulting at quantilope. “With Netflix and Disney+ both introducing lower priced ad-supported tiers to help consumers save their dollars and the cost of ad free plans likely to increase, understanding who is most willing to pay is critical for platform services to survive.”

quantilope’s research suggests that although overall most consumers are indifferent about ads, some are more likely to pay to skip ads than others, including younger generations. Over half (55%) of US respondents are willing to pay to skip ads, compared to 40% in the UK and 45% in Germany.

Over two-thirds of Gen Z and Millennials in the US (66% and 76%, respectively) are willing to pay to skip ads, compared to 32% of Baby Boomers, who may be accustomed to ads while viewing TV content. More than half of this generation (the Boomers) are the most unwilling to pay to skip over ads (52%) compared to just 14% of Millennials and 17% of Gen Z who say they are unwilling to do so. US consumers of all age groups are most willing to spend between $10-$25 per month to skip ads on streaming platforms.

“The streaming wars are in full flow,” mentioned Jenna Stearns, author of the study at quantilope, “and the battle between the top providers looks set to become fast paced this year as payment plans shift. Targeted messaging for users according to their willingness to pay will become increasingly important for streaming providers. Older consumers, who are clear that they do not want to ‘pay to play’, could be an interesting target segment for smart streaming providers. They could target this group by emphasizing a whole new viewing experience that comes with the perks of a paid subscription, or by bundling a streaming service with another form of media preferred by this generation; perhaps partnering with audio platforms or print media subscriptions.”

Other US research highlights:

quantilope surveyed 1.000 consumers in the US (and an additional 1.000 in both the UK and Germany) during August 2022. The sample was nationally representative in terms of age range. The study included two automated advanced research methods: a MaxDiff and an Implicit Multiple Association Test.

Request the insights dashboard for media via
teresa@eurekacomms.co.uk

General link to the Media Study

2022 Deloitte Technology Fast 50 Award: quantilope Made it for the 4th Year in a Row

quantilope Surveys 3,000 consumers in regards to their streaming and social platform habits