A Guide to Using an A/B Testing Framework 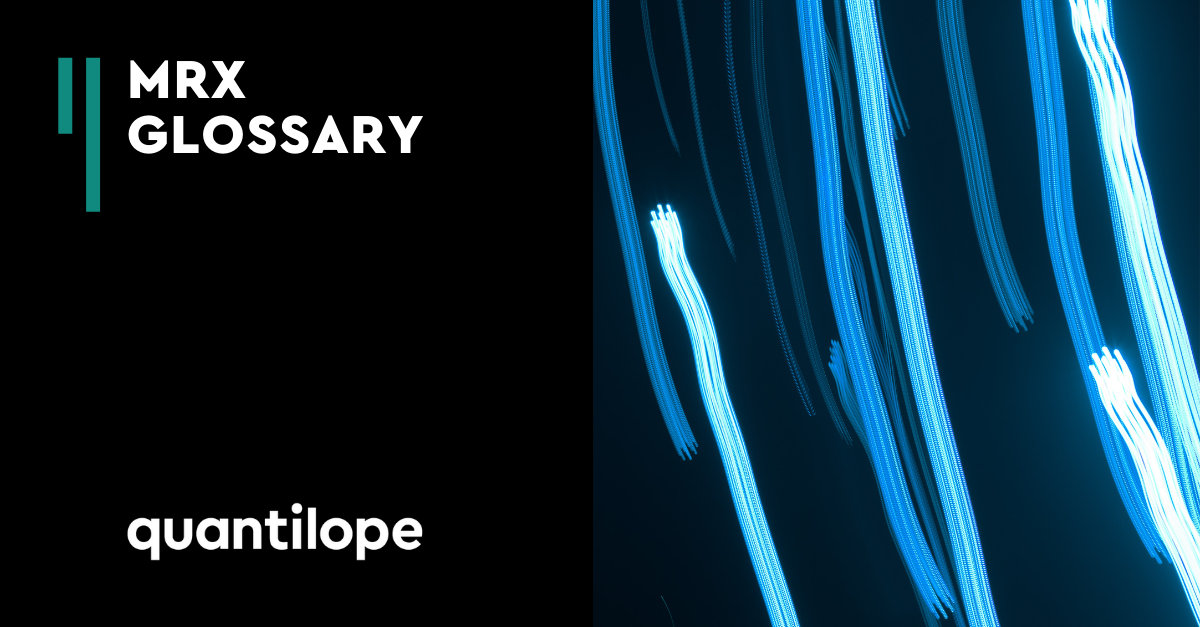 In this blog post, learn what A/B testing is, when to use this form of research, and how quantilope can help.

What is A/B Testing?

A/B Testing (also known as Monadic or Split Testing) is a research methodology that compares different versions of a variable - such as a website, advertisement, app, product, or concept - by gaining reactions from equally structured groups of respondents. Versions of the variable are presented to users randomly, with each respondent seeing just one version. Test results demonstrate how different versions affect user scores on the metrics most important to your business.

Typically with A/B Testing, just two versions are tested, with one group of respondents forming a control group and being shown the original version (A), while the second group is shown the amended version (B).

When should I use A/B Testing?

A/B Testing is a great way to try out various aspects of your communication or product once you have an idea which elements of it might be having a negative or positive impact on your business metrics. It allows you to make small, low-risk amendments to your current offer without redesigning it completely and jeopardizing the success it already achieves.

Some of the most common uses of A/B Testing are:

Testing websites, webpages, or apps using A/B Testing is generally done with a view to conversion optimization - in other words, maximizing the number of people who complete the customer journey on your website by signing up or making a purchase.

There might be various elements of your website that you suspect are causing a problem for your users, hindering the user experience and causing them to drop off along the way. These problems could be related to the landing page, the colors used, the call to action, the location/design of buttons, the checkout, pop-ups, contact information, or any other part of the site that might be a stumbling block in the visitor journey. In this instance, you would present one segment of website visitors with your original webpage and another with a version that incorporates new features or changes to the relevant elements.

Real-time data on user behavior shows which version is likely to convert the highest number of visitors to customers.

Before launching advertisements, it makes sense to know which route is the most impactful and persuasive. This might mean tweaking tone, visuals, voiceovers, or the call to action and gaining reactions to see how metrics are impacted and therefore which route is most likely to bring in the most business.


Back to Table of Contents

A product that isn't performing well for you clearly needs to be improved - yet a new concept idea needs to be perfectly honed before going to market.

A/B Testing can help on both these issues by pinpointing which elements of the product will be most successful in driving uptake.

Pricing has a huge influence on whether customers make a purchase or not. With A/B Testing, you can use reactions from different groups of respondents to gauge which price point will achieve the highest sales.


Back to Table of Contents

How do I go about creating an A/B Test?

The success of an A/B Test depends heavily on the preparation that has gone into it. Existing knowledge of how your offer fares is crucial - including using Google analytics or other analytical tools to establish your bounce rate, knowing which pages on your site get the highest traffic, knowing where users drop off, and formulating hypotheses from previous usability research.

A/B Testing isn't a one-off solution, it is iterative; it should be used to continually build upon findings from successive tests, improving iterations as you progress. You can't necessarily single out which changes have had the most impact on improvement so it's advisable to do several tests to check what the changes do to your conversion rate and make sure you get the most favorable permutation.

A/B Testing should also form part of a wider Conversion Rate Optimization (CRO) program, which tends to involve a mix of methodologies. Qualitative research - delving into the reasoning behind user preferences, as well as other quantitative methodologies such as Key Driver Analysis all contribute to producing a well-rounded picture of your offer through the user's eyes.

How can quantilope help with A/B testing?

quantilope's automated A/B Testing tools make it simple to see which versions of your webpage or product have the greatest positive impact. As results are driven by real-time user behavior, looking at the statistical significance of metrics such as click-through rates, time spent on a specific page, and the number of purchases will clarify which features work and which don't. All of which can go into further planning to reduce bounce rate, improve user experience, and ultimately get a better return on investment (ROI).

quantilope has a wealth of A/B Testing experience. This includes quantilope's Ad Kings project, which was nominated for Best Advertising Research Project in the Quirk’s Awards for Marketing Research and Insight Excellence. Ad Kings is a research initiative seeking to provide guidelines for running campaigns during a crisis. Using A/B Testing and Key Driver Analysis, Ad Kings surveyed 1200 US consumers testing the overall effectiveness of eight advertising campaigns launched during the pandemic from sectors including retail, CPG, travel, fast food, and technology. Each campaign was evaluated on its overall ad effectiveness and campaign sentiment scoring to identify the dos and don’ts of advertising during a crisis.

To learn more about A/B testing, get in touch below:

Get in touch to learn more!

How To Improve Your Market Research With Automation