Mood uplift in Germany: what is driving current satisfaction? 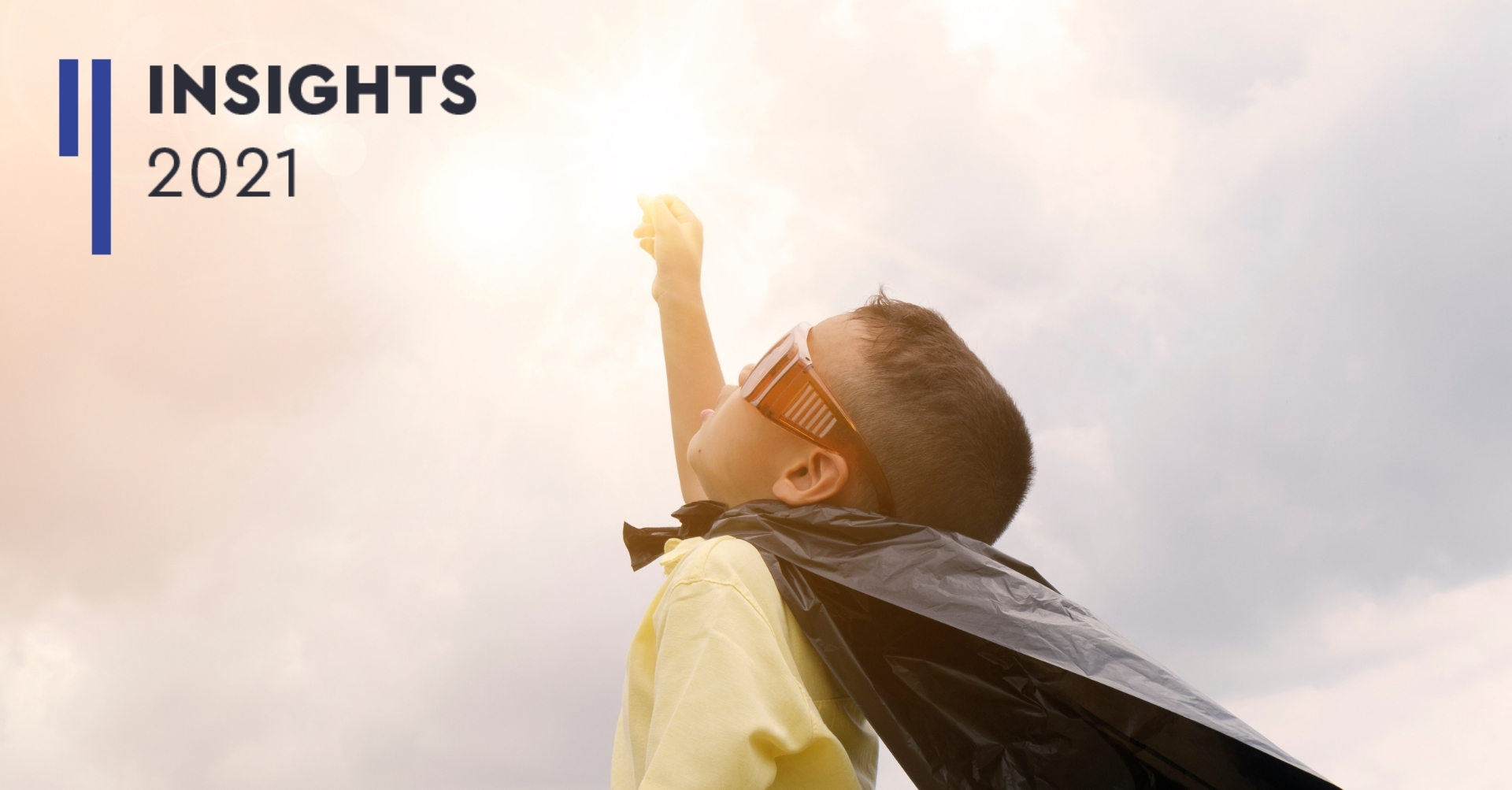 The current satisfaction with life in Germany in March 2021 is the highest it has been since October 2020. What specific factors influence the rising satisfaction of people in Germany? Which target groups are particularly satisfied and are there any differences in the mood?

After a seemingly endless winter marked by strict rules and massive restrictions in everyday life, people's satisfaction seems to blossom with the awakening of spring.

According to a current, representative online survey (N=406) by quantilope, 38 percent of consumers in Germany answered the question of how satisfied they are with their current life with satisfied, another 21 percent are even very satisfied. Only 15 percent are dissatisfied or even very dissatisfied.

Who is currently the most satisfied?

Men are clearly ahead: 66 percent are (very) satisfied, while only 52 percent of women claim the same. Not surprisingly, income has a remarkable influence on satisfaction: while people with a gross monthly income of less than 1,300€ are the least satisfied, an income of 4,500€ and more seems to make people in Germany the most satisfied.

The employment situation (see Fig. 1) also has a significant influence on satisfaction: while unemployed people and students are the least satisfied, homemakers lead the satisfaction ranking, closely followed by full-time employees.
Moreover, city residents are significantly ahead of rural residents in terms of their satisfaction in March 2021 - 64 percent are (very) satisfied. As far as national differences are concerned, the results show tendencies for an east-west divide: While Rhineland-Palatinate, North Rhine-Westphalia and Saarland lead the satisfaction ranking, Mecklenburg-Western Pomerania and Saxony-Anhalt lag behind.

What influences satisfaction at the emotional and behavioural level?

In addition to socio-demographic characteristics, emotional and behavioural aspects were also examined. The Key Driver Analysis proved to be particularly suitable for this procedure.

The strongest drivers of Germany's satisfaction are the feeling of safety and being happy with one's appearance (see Fig. 2). The reopening of hairdressers by politicians seems to have triggered satisfaction in Germany. Brands should now further strengthen the need for safety in their marketing. In addition, they can score points with Germany's consumers with concrete beauty offers.

The Key Driver Analysis is a popular and well-established method for determining the importance of different drivers for a specific outcome variable.

The Key Driver Analysis was used to identify driving factors influencing current satisfaction with life. Firstly, the Key Driver Analysis provided a value for the importance of each driver, which enabled a ranking of the drivers according to their importance for the outcome variable (=satisfaction). Secondly, a so-called Importance-Performance-Matrix (see Fig. 2) was calculated, which places the importance of the individual drivers in the context of the performance of this driver. In the concrete case, this corresponds to the rating of how strongly participants agree or disagree with the individual emotional and behavioural statements.

Methodologically, the Key Driver Analysis is valuable because the determination of driver importance is indirect and based on a multivariate statistical analysis procedure. Usually, participants are not even aware of the importance of individual drivers. Moreover, they tend to consider everything as important (="ceiling effect"). The Key Driver Analysis solves this problem and enables valid results. 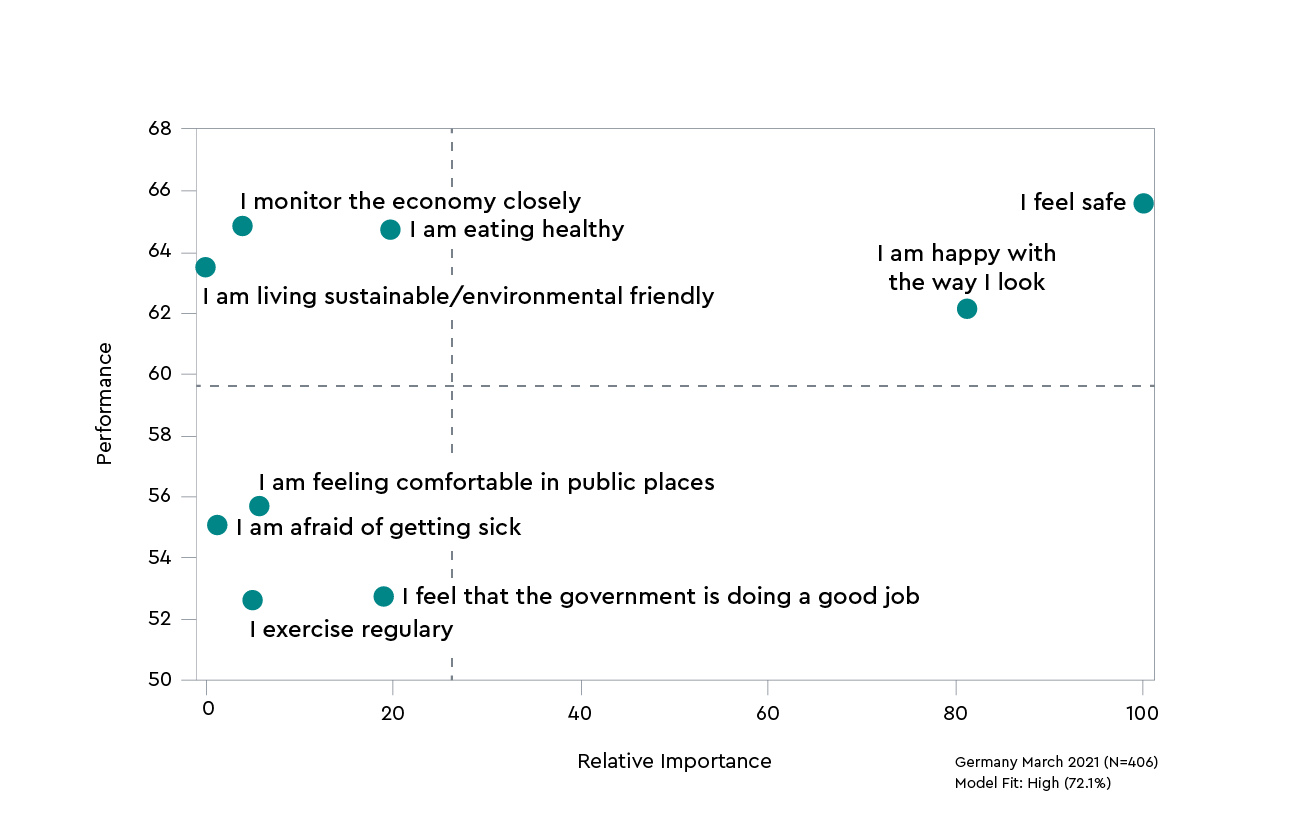 Besides the feeling of security and being happy with one's appearance, a healthy diet also contributes to satisfaction in Germany. The feeling that the government is doing a good job also promotes satisfaction.

quantilope's end-to-end platform supports users in the evaluation of the Key Driver Analysis through automated indications and recommendations. For example, within the Importance-Performance-Matrix, a mouseover displays for each individual driver how a change in the driver would affect satisfaction:

With these and many other recommendations, quantilope makes it easy to evaluate even complex methods in an uncomplicated and clear manner.

Additional insights into the current state of mind, mood and consumer behaviour in Germany are available in the interactive Insights Dashboard of the Consumer NOW Index:

Stan Sthanunathan joins quantilope as a strategic board advisor